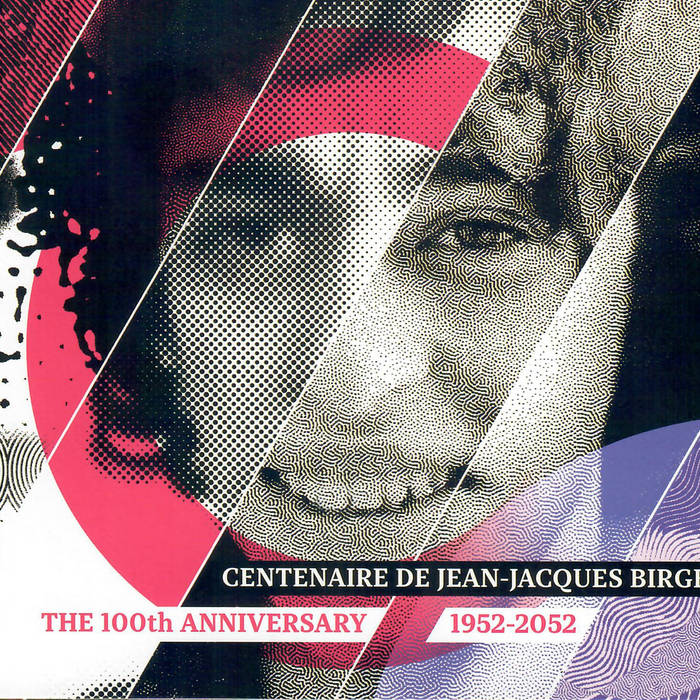 lpds What a concept! As playful and imaginative as you'd hope....only more so....

This album commemorates the centenary of Jean-Jacques Birgé, a multi-disciplinary  artist whose musical work marked his time.

In 2018 he turns to his past by composing one piece per  decade, reflecting both his career and the times he went trough. As a tribute to his father who loved science fiction, he also imagines the decades to come, composing three  anticipation pieces. This vectorial evocation resembles a shadow theatre whose appearances merge with reality. To conclude the album, the composer Sacha Gattino wrote a Tombeau in honor of his friend.

For the sake of authenticity, Jean-Jacques Birgé mixes  archives, the oldest of which dates from 1958, and  recordings made with many musicians among his friends: singers Pascale Labbé, Birgitte Lyregaard, his daughter Elsa Birgé, his comrade of Un Drame Musical Instantané Bernard Vitet on the trumpet, trombonist Yves Robert, horn player Nicolas Chedmail, composer Antonin-Tri Hoang on bass  clarinet, guitarists Hervé Legeay and Philippe Deschepper, cellist Didier Petit, Vincent Segal exceptionally on bass, drummers Cyril Atef and Éric Échampard, accordionist  Michèle Buirette, sound designer Amandine Casadamont and Sacha Gattino mixing sampler, organ music box and whistle.   The opera spans ten decades throughout which we can hear Jean-Jacques Birgé on the synthesizer, his major instrument which he has been one of the first to use in France since 1973, but also Theremin, Tenori-on, Mascarade Machine, trumpet, flute, inanga and jew's harp, his favorite. His voice is also present, from childhood to adulthood, including three passages he sings.

Étienne Mineur has designed the magnificent cover with a  52-pages booklet.

Listen to Jean-Jacques Birgé on Radio Drame. 150 hours of unissued music, free to listen or download, randomly on the homepage, or 1000 pieces among 80 thematic albums, without forgetting still available LPs and CDs
www.drame.org

Most of the lyrics are in French (some in English), but on Bandcamp it's the English translation

Jean-Jacques Birgé is an independent French musician and filmmaker, at once music composer (co-founder of Un Drame Musical Instantané), sound designer & multimedia artist, writer & blogger. (Mediapart)... Specialist of the relations between sound and pictures, he has been one of the early synthesizer players in France in 1973, the initiator of the return of silent movies with music in 1976. ... more

Bandcamp Daily  your guide to the world of Bandcamp

Featured sounds from Fly Lo and Ahmed Idris, plus Mother Nature hops on to drop off new project